A Warm Welcome to a Diverse Team

Irrespective of your background or circumstances, Clear Brew provide a great opportunity to be your own business owner.

Since the first franchisee joined us in 2012, the Clear Brew network has grown significantly with coverage now spanning nationwide. Our professional team has recently gained a new member, so please join us in welcoming our latest franchisee, Stephen Williams, who will be operating in and around the Warrington region. Each of our franchisees has a different background and a story to tell. Here are just a few of them.

Stephen started building his knowledge of the licensed trade industry when he was a teenager helping to unstack the delivery dray. He then worked his way up the career ladder and became the regional sales manager for a major beer supplier. Stephen is now using his knowledge and expertise to provide a first-class beer line cleaning service to establishments in and around the Warrington region.

Husband and wife team, Stan and Christine, joined us in 2019. Their adventure began when they moved from California to the UK in March of that year. Once they landed in the UK, the search began to find an opportunity that suited their family situation. As beer lovers they were excited to discover Clear Brew and found MD Stephen’s passion to be infectious. They feel that although they come from different industry backgrounds, they share a passion for Clear Brew and are both excited to be on this adventure together! 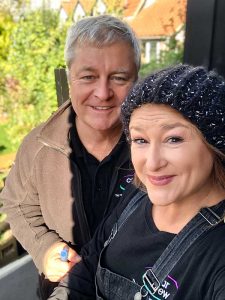 The Story of Clear Brew Highlands

Wai operates in the majestic and picturesque Highlands. When he joined us, he was a single parent with limited working time so was searching for a business opportunity to align with his schedule. He also needed an opportunity with room for growth, great support and a product he believed in. Wai states that ‘not only is Clear Brew all these things it’s actually like joining a professional family.’ 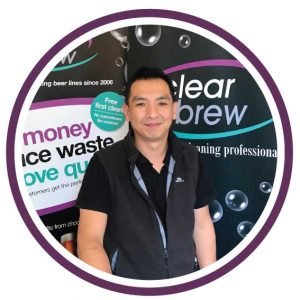